A deadly forest fire tears through the heart of Israel, critically endangering the city of Haifa, and stretching the country's fire service to its absolute limit. To the surprise of many, the Palestinian Civil Defense offers to join the international effort to suppress the blaze. Fire Lines tells the complex story of the Palestinian and Israeli firefighters who join forces to battle Israel's worst natural disaster - the Carmel fire of 2010. 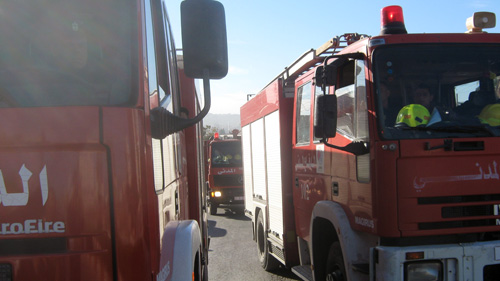 Fire Lines tells the story of the Palestinian and Israeli firefighters who join forces to battle the historic Mount Carmel forest fire of December 2010.

Press:
The Palestinians who ventured into the line of fire for Israel | The Times of Israel

Ma’an Network is an independent Palestinian non-profit media organization working to strengthen non affiliated media and consolidate freedom of expression and media pluralism as a means of promoting democracy and human rights.

Through its multiple media channels, including local and satellite television, radio and online news, Ma’an Network consistently offers viewers the best information and analyses, reflecting the organization’s reputation for quality, independence and trust.

With its headquarters based in Bethlehem, Ma’an Network has regional offices in Ramallah, Nablus and Gaza. The organization works in partnership with 8 TV stations and 12 local radio stations ensuring programs reaches a wide local audience.

Founded in 1982, Search for Common Ground works to transform the way the world deals with conflict - away from adversarial approaches and towards collaborative problem solving. SFCG uses a multi-faceted approach, employing media initiatives and working with local partners in government and civil society, to find culturally appropriate means to strengthen societies' capacity to deal with conflicts constructively: to understand the differences and act on the commonalities.